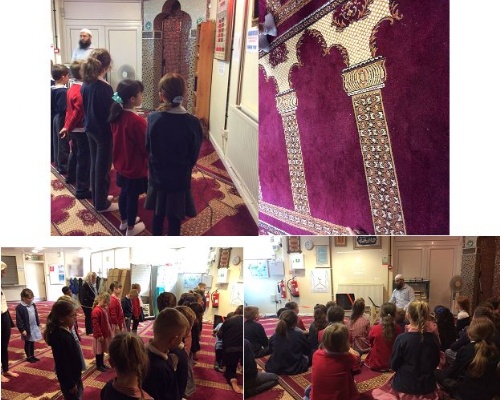 We went to the Islamic Centre to learn about Muslims.

They pray five times a day and they have a book called the Qur'an and Muslims believe that it's the word of God.

They have five pillars which are:

The Muslims must go to Mecca once in their lifetime.

First we watched a video about the five pillars of Islam.  Then we discussed about the video. Then we watched another video about praying.  The men and the women have to be separated from each other.  The Islamic people are called Muslims.  We had a great time.